How Will The Debt Ceiling Crisis Impact Housing? 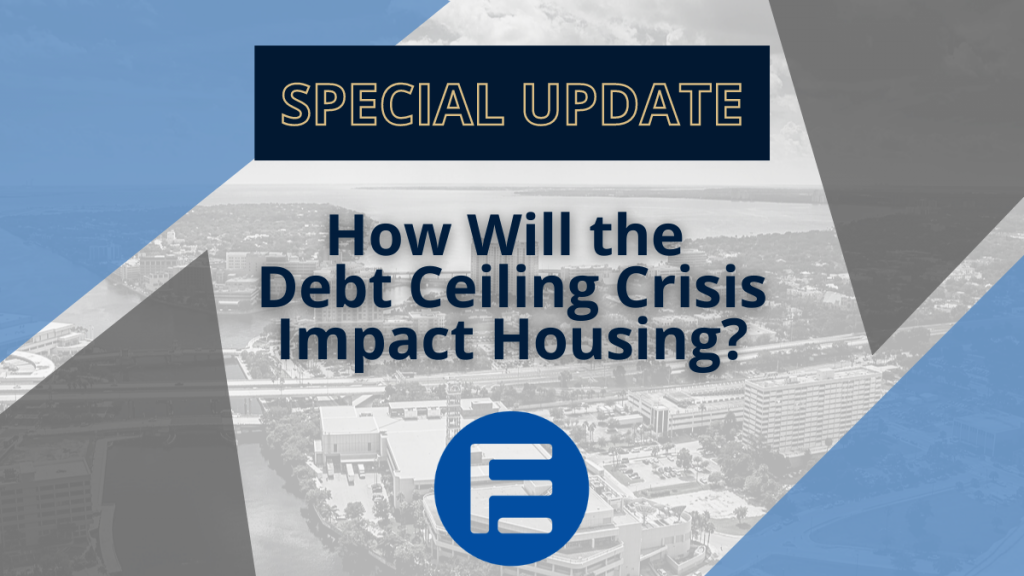 Almost any news outlet you turn to today is running headlines on the impending debt ceiling crisis. Each of them is predicting the potential repercussions if the debt ceiling isn’t raised before October 18th when some estimate the Treasury will reach the end of its “extraordinary measures”.  We have been here before and come out on the other side, but some believe this time might be different due to the divide between the Democratic and Republican parties.

Since 1917, the US has implemented a debt ceiling that essentially limits the amount of debt the Treasury is legally allowed to incur. This doesn’t limit the amount of money the government can spend. Every so often, sometimes multiple times in a year, the country gets dangerously close to reaching the ceiling that’s in place. Historically when this happens, new legislation is passed to increase the debt ceiling and ward off a potential default or government shutdown. Political parties often use debt ceiling talks as bargaining chips in their negotiations for certain policies, in this case, the Build Back Better Agenda and President Biden’s infrastructure plan. Often, the decision to increase the debt ceiling is left to the eleventh hour. In the past, the Treasury has never reached the end of its exhaustive measures before increases have been passed by the House and Senate.

Financial Impacts To Consumers If There Isn’t A Resolution

It may seem like the debt ceiling issue is so far removed from our daily life that it won’t have an impact on the majority of Americans. However, there are several ways we could be impacted if there isn’t a resolution before the Treasury reaches the end of its runway. If there isn’t a resolution, either a debt ceiling increase or suspension of the debt ceiling, by the time the Treasury has spent all of its exhaustive measures, the country will be in new territory. No one knows for certain what will happen, but there is plenty of speculation about what could happen.

For some time, interest rates have been historically low, encouraging Americans to buy things they would have otherwise put off to another time (houses, cars, other big-ticket items). However, if there isn’t a rapid resolution to the impending debt ceiling crisis, the low rates we have taken advantage of for the recent past will likely begin to rise, increasing consumer interest rates across the board, including mortgage rates.

Typically, the 10-year Treasury bond is closely correlated to long-term mortgage rates and when bond rates increase, mortgage rates also increase. This is not always the case, but historically this is how the system has worked. If the debt ceiling is reached without any action to suspend or increase the ceiling, one of two scenarios could occur.First, the seemingly risk-free investment of Treasury bonds will likely be viewed as riskier and carry less demand from investors. In turn, investors would demand higher interest rates on bonds to offset the risk to their portfolios. Second, investors would flock to other bonds as they look for stability in an uncertain market.

Reaching the debt ceiling limit could have a wide effect across the US economy due to the instability created by paused government spending and as well as the risk to interest rates. If an agreement is not reached to suspend or increase the debt ceiling soon, the Treasury will run out of its available exhaustive measures and the economy could be in trouble. While it has never happened before, there would be a host of consequences that would be felt across the entire economy, hurting the financial well-being of investors across the world. Mortgage rates could increase along with the rates on Treasury bonds and affording a home for some people may become even more challenging than it already is.