Recessions: Why They Happen, and How to Prepare For Them 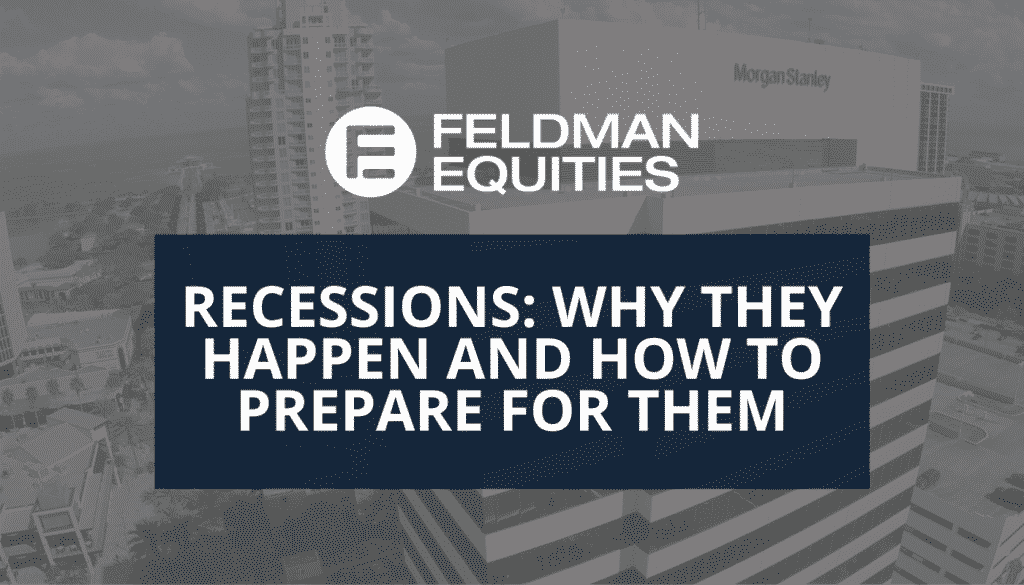 The 2008 recession seemed like Armageddon for many real estate investors. Those who were new to the game (and made rash decisions as a result) may have been surprised to learn that the recession of the late 1980s and early 1990s was worse.

At least, it was worse for real estate investors. 2008 was worse for the economy overall, and real estate definitely took a gut-punch. There was a morbid joke at that time that developers were wearing t-shirts that said, “I will Develop For Food.”

The late 80s, early 90s financial crisis hit the real estate market even harder, even while the economy as a whole suffered less. There was a moment that I can remember when I just wanted to crawl into the fetal position in the corner of my office.

I have lived through three big recessions, and I’m still kicking. One of the reasons I have survived multiple recessions is that I approach every day in business like a recession might be right around the corner. To understand how we do that, let’s unpack the last two big recessions and see what you can learn from them to prepare for the next one. (Yes, there will always be a next one.)

No one event kicks off a big recession. It usually comes as the result of a cascade of events, even if the last straw on the camel’s back is what makes the news.

In 1986, real estate developers were on a doomsday countdown to December 31. It wasn’t the end of the world, just the end of a way of doing business.

Doing business was about to become a lot more expensive, but there was a loophole. Any project or transaction completed before the doomsday clock ran out on Dec 31, 1986 would be exempt from the new law.

The result was a flurry of projects and transactions. Builders rushed to complete as many big projects as they could before the deadline, flooding the market with new product. Investment firms bought up as much pre-existing property as they could get their hands on, bidding the deals up to jaw-dropping prices, far in excess of their intrinsic worth.

Even then, the disaster might never have happened had the stock market not chosen October of 1987 to crash.

The timing could hardly have been worse. Overwhelmed with nonperforming real estate assets, the savings and loan institutions that had financed them up the yin-yang started to buckle. I’m not talking about ten bank failures or even 100. Almost 3,000 banks toppled like dominoes. The sheer numbers leave 2008 in the dust.

As in 2008, the Federal government stepped in. We forget that their actions back in the late 1980s were even more drastic—the government essentially seized the failing banks and dumped their bad assets into a giant garage sale known as the Resolution Trust Corporation (RTC).

Anyone who stockpiled cash in advance of the bust was rolling in gravy. The government formed an entity called the Resolution Trust Company (“RTC”). The purpose on the RTC was to dispose of all of the foreclosed real estate, which was accumulated by the failed banks. They sold these assets at ten cents on the dollar.

The failed banks’ portfolio of notes, even performing ones, were also sold off by the RTC at fire-sale prices. The fire sales conducted by the RTC caused all commercial real estate prices to plummet. In retrospect, it was one of the great buying opportunities of our lifetimes, and there were so few buyers to take advantage of it because without easy debt, liquidity was in tatters.

By 1991, the real estate market was in a full-blown depression. My father coined a phrase to sum up the mood of the era: “Rent and Repent” – meaning do whatever you can to rent up your buildings.

Takeaway Lessons to Prepare for a Recession

Whereas the 80s/90s savings and loan crisis had oversupply at its heart, 2008 was built on over-leverage.

As the real estate market boomed in the runup to 2008, banks were taking bigger and bigger risks with their leverage, borrowing 90% or more of their total loan value. This boosted their yields even higher but left them dangerously vulnerable to hiccups in the market. When the Dow faceplanted, that’s exactly what happened. The biggest casualties of the crisis, Lehman Brothers and Bear Stearns, had $30 of debt for every $1 of assets.

Takeaway Lessons to Prepare for a Recession:

Recessions are killers in real estate and knowing how to prepare for them and to not only survive them but to thrive comes only with having decades of experience. There are good opportunities at all times of a cycle and knowing how to ride the market during good times as well as bad is what sets apart those who build wealth for their own future, from those who transfer it to others during downturns in the market. 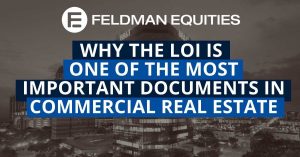 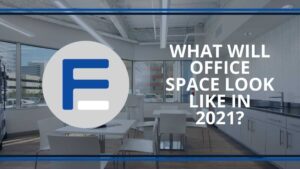 The pandemic is likely to have a lasting effect on the office market.
It’s possible that working from home may become the new normal for some businesses. However, many office users are learning that virtual meetings simply don’t provide the same opportunities to collaborate, nurture creativity, and attract the skilled employees businesses need to succeed. 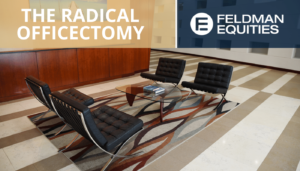 How do you make sure you turn a profit with an office building property? There are no guarantees in real estate investment, but some developers have found more consistent success than others. Larry Feldman of Feldman Equities has a laser-sharp focus on office buildings, and he’s managed to keep a stable, profitable business going for 35 years, throughout multiple recessions and market downturns.